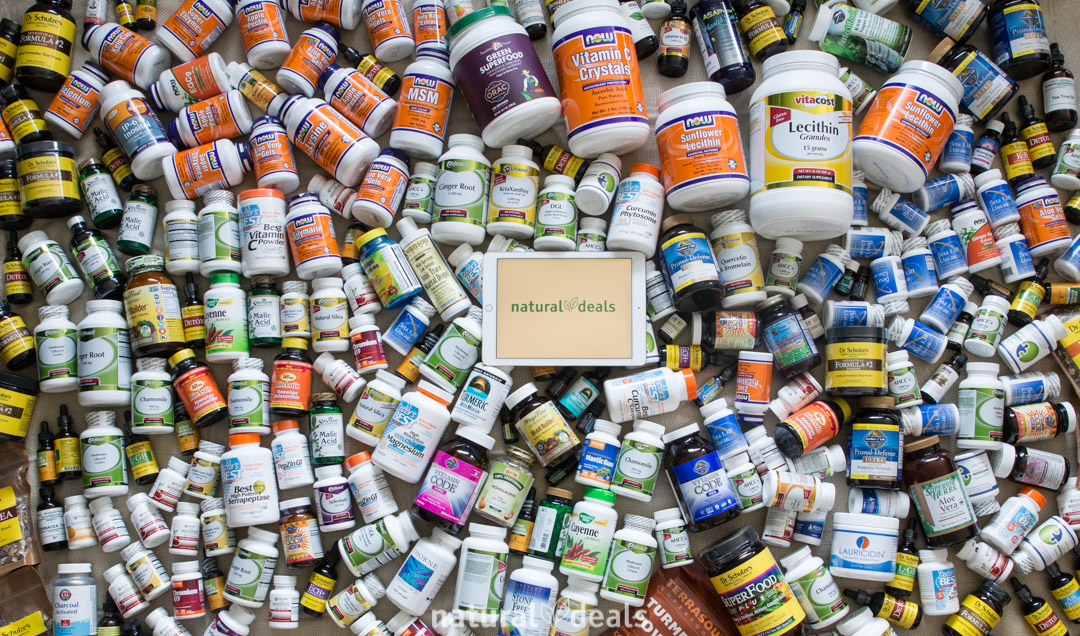 The Short Story: Created in 2016, NaturalDeals.com exists to deliver the best content and deals to those who are passionate about being healthy, naturally.

The Longer, Much More Interesting Story:

Cords and an IV line wrapped themselves around me, much as seaweed entangles a sinking ship. The dim hallway of the hospital was to my left, and a large window which framed a spacious open field that was being painted by the colors of the setting sun was to my right.

As valiantly as my heart grasped to feel the warmth and joy of that beautiful field, it couldn’t. What was merely a few hundred feet beyond the window felt as if it was a world away. Earlier that day, a Doctor had informed me that I had a serious medical condition called Crohn’s disease, which would radically change my life and restrict the things that I’d be able to do. He also stated that I would require a lifetime of prescription drugs and that major surgery to remove my entire colon was inevitable and on the near horizon. I was terrified and shaken to the core.

So shaken in fact, that I said the most heartfelt prayer of my life and pleaded with God to rescue me from that situation. I vowed to do whatever it took and in an attempt to strike up some kind of bargain with God, I promised to read the entire Bible for the first time before the end of that year. I was just twenty years old at the time.

I walked out of the hospital several days later and immediately began researching alternative approaches to digestive disease. I wasn’t fully convinced that any of it would really help me, but I was desperate and willing to try nearly anything. It was the year 2003, and there was only a small fraction of information available online compared to today – but I felt that God was guiding my steps.

I discovered an online community called CureZone and learned about the importance of diet & nutrition and supplementation. I became particularly fascinated by the teachings of a master herbalist by the name of Dr. Richard Schulze (whom I still admire greatly). Additionally, I discovered a book titled ‘Patient Heal Thyself’ written by fellow Crohn’s survivor Jordan Rubin.

It became clear to me that a radical diet change was in order. Goodbye cola and sour gummy worms – hello vegetable juice and whole food nutrition! I also performed a number of different detoxes and cleanses and started supplementing with probiotics. I theorized that a fungal overgrowth known as candida was at the root of my Crohn’s disease (thirteen years later, modern medical science finally began to arrive at the same conclusion), and wrote about my journey in overcoming candida on CureZone in 2004. I was blown away by the attention and support that the post received (39,845 views to date).

Thanks be to God, not only was my digestive health restored (and I’m still friends with my colon), but through reading The Bible I developed a lasting relationship with the Lord and was born again. I’ve been incredibly passionate about natural health ever since my journey began and am so thankful to have the opportunity to share this passion with you through this website.

Tragically, I lost not one, but two of my sister’s to cancer in 1998 and in 2000, respectively. Unfathomably, my brother was diagnosed with late stage cancer in 2013 and passed on from this life in 2017. As you can imagine, this has taken an unspeakably difficult toll on my family; but greater still is my desire to spread the message of hope that natural healing can offer to those who find themselves in the dark shadow that is cast by cancer. As Ty Bollinger, creator of ‘The Truth About Cancer’ docu-series so aptly states, “cancer does not have to be a death sentence.”

I believe that our bodies were wonderfully made by a masterful creator and that through natural foods & substances, he has provided everything that these bodies need function at their best. Here’s to life, and here’s to health!

Your friend in health,
Steve

Medical Disclaimer: This website is for educational and informational purposes only and may not be construed as medical advice. The information is not intended to replace medical advice offered by a qualified physician.
Affiliate disclaimer: This website contains affiliate links. I include these links to help you find products that I use and recommend. If you purchase an item from the link on NaturalDeals.com I will receive a small commission, which helps to keep my content free for you. Thank you for your support! NaturalDeals.com is a participant in the Amazon Services LLC Associates Program, an affiliate advertising program designed to provide a means for sites to earn advertising fees by advertising and linking to amazon.com

Learn how to juice twice as fast and keep it fresh twice as long.

You'll also receive super useful tips and tricks via my newsletter. Unsubscribe at any time. No spam!